The one thing that I wish to invent is a machine like the T.A.R.D.I.S. which can instantly teleport us to all of time and space, anywhere and everywhere we might want to go.

The universe is big.  It’s vast and complicated, and ridiculous.

And believe me, somewhere, something INCREDIBLE is waiting to be known.

And I truly believe that we’d be collectively less stupid as a species if we all travelled more.

And just imagine if we could also travel through time as well? We could witness all the great events that ever occurred in the history of the Earth! We could even go and witness the Big Bang itself; see how it all began; how we came into existence and solve the mysteries regarding the birth of our Universe. Oh, wouldn’t it be great!

I loved the sight.It was so dreamlike that I thought I am sleeping, but I was not. It was the most beautiful thing in this whole universe. A rose garden was also nothing in front of it.  The stars twinkled in glee. I was indeed in love with it. It was the moon!!!! The cool breeze blowing made the atmosphere happy. The clouds flying past it made it a even a greater sight. It smiled as if knowing that I was watching it. 🙂 🙂 I could feel the contentment of my heart as I saw it. ..

Just then I was a little taken aback to see a house FLYING and speeding towards our house!!!!!It landed just in front of me. Then an astronaut came out and took of her helmet. Oh! so this was a SPACECRAFT!!!! 🙂 🙂 🙂 She smiled at me and I smiled in return. She asked me if  I would like to join her on a voyage to the moon. How could I refuse this golden oportuanity!!!! I went in the Spacecraft with her and Found another Astronaut there. He was a man and he told me that his name is Rohan. I was glad to meet both of them  The woman who was called Rani, told me that I would need to wear a space suit if I wanted to go with them in Space. She  gave me a golden spacesuit to wear. They both said that I looked very smart in it. 🙂 🙂 🙂

Rani gave me a camera with which I would click photos. We landed on the moon after about an hour. I ran out as soon as the engine stopped. All my life I had always been looking up in the sky to see either the moon or the sun. Today I was looking up to see my dear home planet EARTH !!! 🙂 🙂 🙂 I was looking at Earth just the way perhaps God looks at Earth 🙂 🙂 🙂

We all clicked photos of the diffrent planets that we could see, I picked up a moon rock as I wanted to carry it back with me to Earth.I was having a lot of fun. Just then Rani called out for me as it was the time we should return back to the earth. Rani and Rohan entered the  flying house  and I said that I am coming after clicking this photo of the view of earth from the moon. As I was returning to the  flying house, suddenly I fell down and landed in a crater on the moon surface. 😦 😦 😦

I started to cry. Rohan and Rani rushed to help me. I stopped crying and looked around I saw that I had fallen from my bed and my mother and father were standing trying to help me up. !!!!!!

I got up I told them that I am all right and they returned to their room. I looked at the clock. It was 12:00 in the night. I thought that I must have been dreaming all this while and felt very sad that I had not actually travelled to the moon and back 😦 😦 😦

But just then I saw there was a small rock lying on the floor where i had fallen down from the bed. WHAT?????!!! was it the same Moon rock that i had picked up fron the surface of the moon???

I was totally bewildered.

So was it a dream …………….. or was it not?  What do you think? Post your comments for everybody to know your thought

Hello! friends nice to meet you again. I hope you all went to the enchanted woods and met the CROCOION. Well, today we will meet an another amazing animal.

I crossed a really amazing animal. And really I was so much amazed to see this animal that I gave it a very funny name – ‘SNAKEY’. I named it snakey as this animal had a monkey’s face and ears, but it has got a snake’s tongue. The body also looks like a snake, with a long tail and no legs.

Snakeys are very silly animals and they like squeezing bananas with their bodies and eat it later. 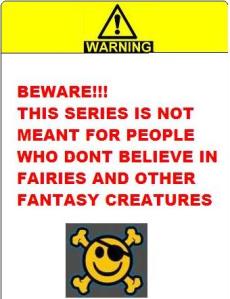 Hello! Friends, Uncles & Aunties………… amazed with the title???? What and where is ENCHANTED WOODS ? I will take you there and have fun  but first lets know about this wonderful and amazing place……….

The most Spectacular place in the whole Universe is the Wonderland in the Galaxy nearest to the Solar System. And the most spectacular place IN WONDERLAND is the Enchanted Woods. I really love going there. What? Can’t understand how to I go  and how can you go there???

Well….. It’s very simple …. Just close your eyes and belive firmly that you are there…….. and then the real magic will transport you in the woods.

Okay friends now let us go and take a walk in the Woods. And… who knows that when we will come across some amazing animals……..      CROCOION

While taking a walk in the woods, I came across an amazing animal . I couldn’t figure out whether it was a lion or a crocodile as it had a face of a lion and the body and tail of a crocodile!! I was confused but, the dwarfs told me that this animal was a ‘Crocoion’

This animal  not only sounds amazing but has really many amazing features …………!!!!   This animal loves to eat deer but can eat anything…… anything means anything ………. yes even a refrigerator, so Beware that it does not enter your house and eat your bed, table etc.!!!!! The males of this specie are a bit lazy and depend on the females for many a things (like lions).The females and the males kill their prey with their tail (like a crocodile)…… where as the cubs who love this game of hunting jump upon the prey and kill it (like a lion) .

I think you all should also go and with the help of the friendly dwarfs find the Crocoions and admire them.